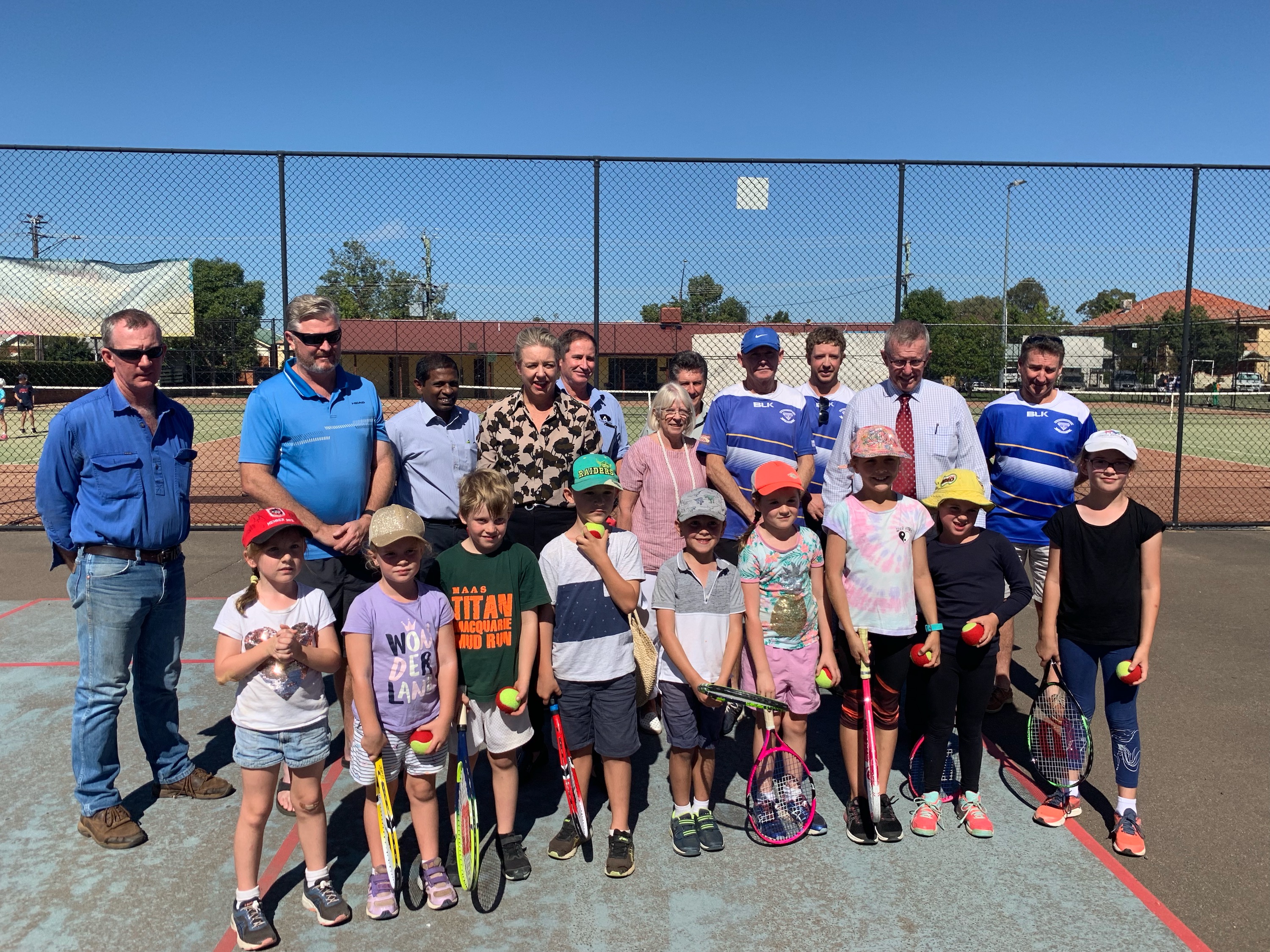 More local tennis enthusiasts will be able to enjoy evening games at Dubbo’s Paramount Tennis Club, thanks to a $60,642 Federal Government grant for a lighting upgrade.

“It is wonderful to share this exciting news at Paramount Tennis Club today, joined by Senator the Hon. Bridget McKenzie, Minister for Sport,” Mr Coulton said.

“Paramount Tennis Club is an excellent example of a strong local sporting facility, and is hugely popular within the Dubbo community.

“This funding will be used for a lighting upgrade to two courts at the facility, which will be very much appreciated by the local community and its tennis enthusiasts.”

The funding comes as part of third round of the Liberal and Nationals Government’s Community Sport Infrastructure Program. The news follows Mr Coulton’s announcement in February that Rawsonville Pony Club near Dubbo would receive $146,899 for an equestrian arena and facility upgrade under the Program.

The Liberal and Nationals Government can only make the increased investment to upgrade sporting facilities by keeping our economy strong.

Minister for Regional Services, Sport, Local Government and Decentralisation Bridget McKenzie said the Liberal and Nationals Government understands that success and prowess as a sporting nation begins with grassroots sports.

“We have focused our investment on local grassroots sporting facilities such as the Paramount Tennis Club. As outlined in the National Sports Plan, Sport 2030, grassroots sports help drive increased participation and promote social, health and community benefits of physical activity and sport – a key priority for our government,” Minister McKenzie said.

“This funding means we will be able to fully light two more tennis courts, enabling more players to get involved in our popular night-time competition and enjoy a good game,” Mr Campbell said.

“We currently have a waiting list of players who would like to join, so we are looking forward to increasing our membership. We would like to thank our Federal Member, Mark Coulton, for assisting us with obtaining this important funding.”