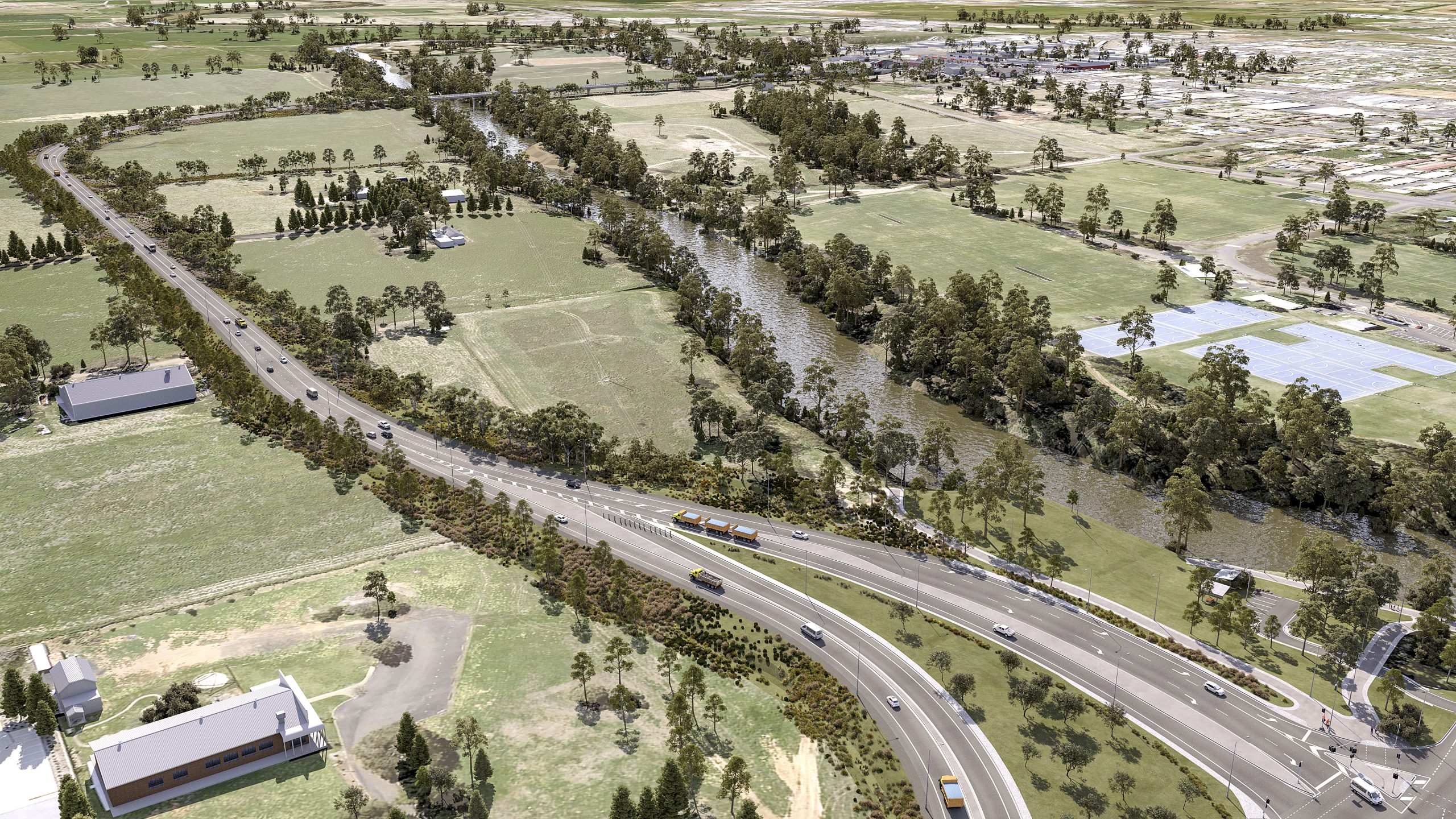 The construction contract for the new Brisbane and Darling streets intersection, part of the early works for the New Dubbo Bridge project, has been awarded to Abergeldie Contractors following a competitive tender process.

The new intersection is one of three early works packages to support construction of the New Dubbo Bridge. The next package of work expected to be awarded will be for test piling in the flood plain, also scheduled to start this year.

The early works will involve realignment and reconstruction at the northern end of Darling Street, moving it to intersect with Brisbane Street instead of River Street.

Federal Infrastructure, Transport, Regional Development and Local Government Minister Catherine King said the Australian Government is getting on with delivering infrastructure projects that improve access and road safety for commuters where it’s needed the most.

“This project will also make a major difference to the day-to-day lives of commuters, by easing congestion and ensuring reliable access through Dubbo during flood events.”

“Abergeldie has a proud history of delivering infrastructure projects and is expected to do an exceptional job for Transport for NSW in delivering this early work package,” Mr Farraway said.

“We are investing in our local communities, building safer and more efficient journeys on our network and securing a brighter future for regional NSW.”

“The new bridge will reduce traffic congestion and enhance access across the Macquarie River during flood events,” Mr Coulton said.

“I am pleased the next phase of this project can now get underway, as the New Dubbo Bridge project will help build a stronger region by injecting millions of dollars in economic activity into Dubbo.”

NSW Member for Dubbo Dugald Saunders said work on the Brisbane and Darling streets intersection is due to start in coming months and is scheduled to be open to traffic by early 2023, weather permitting.

“Once completed, it will be a key link in the western NSW road network, keeping commuters and freight moving efficiently on the Newell Highway,” Mr Saunders said.

“The new intersection is an important piece of the New Dubbo Bridge project as it will allow for easier access to the main bridge for the construction contractor to commence work when the major bridge and road contract is awarded.

“The project will deliver a boost for the regions and grow the local economy by creating jobs during the early stages and supporting an estimated 290 direct and 1200 indirect jobs during the construction phase.”

The contract for the main bridge and road construction is currently out for tender and is expected to be awarded in late 2022.

The $220.2 million Newell Highway Upgrade – Dubbo Bridge project is jointly funded by the Australian and New South Wales governments on an 80:20 basis.