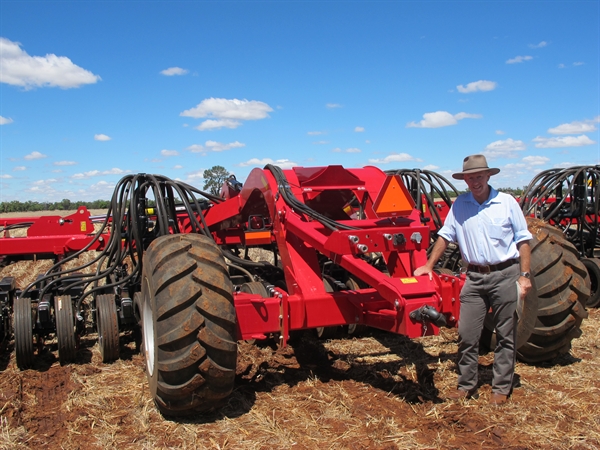 The Coalition Government is demonstrating its commitment to support the agriculture sector and regional communities as a key driver of the Australian economy.

Member for Parkes, Mark Coulton said that despite a dire fiscal environment, the Federal Government will deliver on $150 million in election commitments to strengthen the sector and drive farm gate profitability which will have a positive effect in the long term for regional Australia.

This budget makes key investments in research and development, a stronger biosecurity system, improved access to chemicals, and stronger support for our besieged fishing sector, in addition to $320 million in a comprehensive drought support package announced earlier this year.

Mr Coulton said that the Parkes Electorate has a great history of research in the field of agriculture and that the Federal Government’s investment in research and development would pay off in productivity gains in coming years.

“Research stations in Western New South Wales will be well placed to take advantage of this investment.”

“Given the budget mess we inherited from the previous government, the Coalition has had to carefully consider the priorities for agriculture and for regional communities,” Mr Coulton said.

Mr Coulton said that the budget ensured funding for agriculture goes toward helping our sector remain profitable and competitive into the future which was a key priority for the Coalition and one shared by many farming groups.

Measures announced in the Budget include:

·         $100 million over four years for a competitive grants programme to deliver cutting-edge technology and applied research, with an emphasis on making the results accessible to farmers

·         $20 million over four years for a stronger biosecurity and quarantine system that will enable early response to import and export related biosecurity issues, strengthen systems and capabilities to contain biosecurity incursions, and focus on improvements to the import risk analysis process.

·         $15 million over four years to support small exporters with export costs to help them remain competitive and profitable in the international marketplace.

·         $8 million over four years to improve access to, and registration of, agricultural and veterinary chemicals.

·         $9 million for fisheries projects including support for OceanWatch, more support for coordinated representation from the recreational fishers and an invasive marine pests review.

Mr Coulton said that these measures are in addition to the $320 million drought support package announced in February by the Prime Minister and the Minister for Agriculture.

The Coalition’s total investment for natural resource management initiatives, including the National Landcare Programme, Green Army, Working on Country and other programmes has increased to more than $2 billion in this year’s budget.

Mr Coulton said that the Coalition has been able to honour its election promises in full and deliver on important and practical measures at a time of significant fiscal constraint.

“This budget highlights the Coalition Government’s commitment to strengthening the agricultural sector and the regions that produce Australia’s food and fibre,” Mr Coulton said.

For more information on the new measures, visit daff.gov.au/budget.