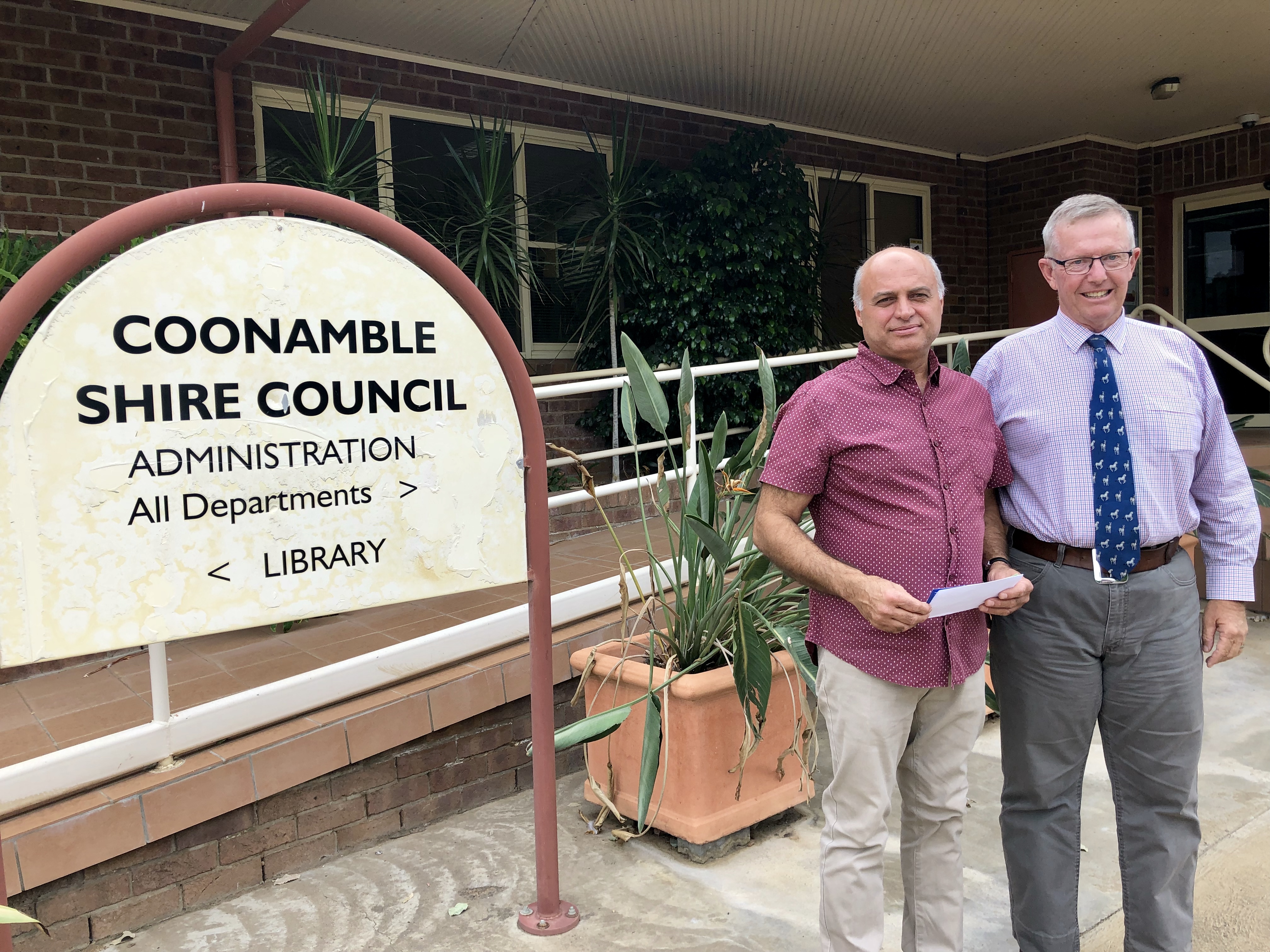 A re-elected Liberal and Nationals’ Government will fund an upgrade to the Tooraweenah Road east of Coonamble, with $22.962 million under the Roads of Strategic Importance (ROSI) initiative.

Federal Member for Parkes Mark Coulton said he has worked hard alongside Coonamble Shire Council to secure the commitment.

“The Tooraweenah Road is an important thoroughfare for motorists in my electorate, which is why I am so pleased it will be upgraded under a re-elected Coalition Government,” Mr Coulton said.

“The upgrade will involve sealing 25.4 kilometres of Tooraweenah Road, with heavy patching and rehabilitation for a further 31.4 kilometres of sealed road. The whole length of the road will be widened.

“I have fought hard to secure this funding alongside Coonamble Shire Council Mayor, Cr Al Karanouh. These vital upgrades will help local motorists and travellers get to their destination sooner and safer.”

“This project is something we have been working on for many years, and we are very pleased with this funding commitment announced by the Coalition Government,” Cr Karanouh said.

“The Tooraweenah Road upgrade will help promote new opportunities for tourism and local industries here in the Coonamble Shire. We are now one step closer to getting this important upgrade underway, and we thank Mark Coulton for his support.”

“I am proud to be part of a Government that is committed to getting Australians home safely from every journey on our roads,” Mr Coulton said.

“The Coalition Government has announced an additional $1.1 billion in funding for local governments under the Roads to Recovery program, as well as an extra $550 million for the successful Black Spot Program, which targets known high-risk locations and reduces serious crashes by 30 per cent on average.

Deputy Prime Minister, Nationals’ Leader and Minister for Infrastructure, Transport and Regional Development Michael McCormack said that investing in key infrastructure in regional Australia across Australia brings benefits to all.

“This investment is yet another part of the Liberal and Nationals’ vision to get people home sooner and safer, no matter where they live,” Mr McCormack said.

“By making our transport network more efficient, local businesses have more money to invest in their operations, creating more jobs and providing a vital shot in the arm for agriculture and small business, which are so important to the region.

“We are able to make these important investments in community infrastructure because of our responsible economic management that will deliver a budget surplus.”

Under the Coalition Government’s ROSI initiative, the corridor to benefit from a $510 million investment begins at Seymour in Victoria and ends at Toowoomba, Queensland, with $300 million of the funding allocated to New South Wales, including the Newell Highway.