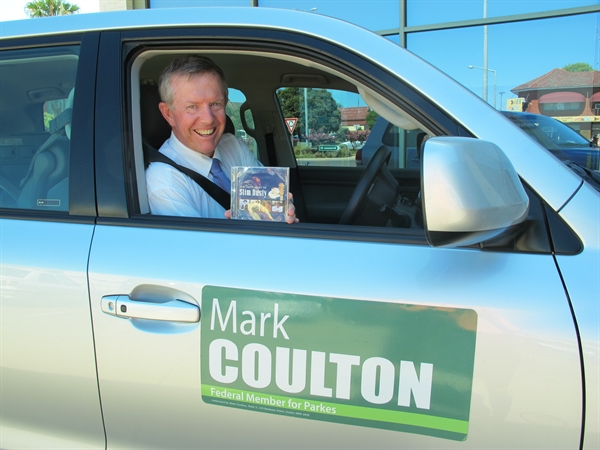 Lifelong Slim Dusty fan Federal Member for Parkes, Mark Coulton has called on all Australians to celebrate Slim Dusty Day on June 13 in recognition of the country singer’s impact on Australian life.

Mr Coulton said that he had joined the campaign for a National Slim Dusty Day and felt that the movement had a solid base of support behind it.

“Slim was not only a prolific song writer, he was someone who country people could really identify with. His songs resonated with people across country Australia and, in fact, still do more than a decade after his passing.”

“There are many well-known country singers including Lee Kernaghan, Keith Urban, Troy Cassar-Daley and Adam Harvey who have all joined together to get behind Slim Dusty Day,” said Mr Coulton.

“I have written to Senator Brandis expressing my support for making June 13 Slim Dusty Day, as I am sure have many others.”

“Slim Dusty was much more than just a great musical talent. He had an understanding of life’s ups and downs, the tribulations that make us who we are,” said Mr Coulton.

“I will be marking Slim Dusty this year by listening to a couple of old favourites with a cup of black tea.”

Australians can show their support for establishing Slim Dusty Day by signing the petition established by the Slim Dusty Centre at: http://slimdustycentre.com.au/signupforslim.htm