Boost for athletics at Barden Park 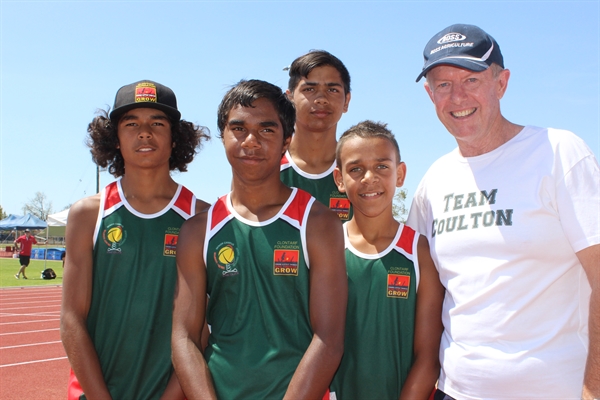 REGIONAL New South Wales has a new state of the art sporting facilities with today’s opening of the redeveloped Barden Park in Dubbo.

“Barden Park can now cater for up to 1,000 competitors, up to 2,000 spectators depending on ground configuration, and can be used 365 days a year in all weather conditions,” Mr Truss said.

New South Wales Deputy Premier and Member for Dubbo Troy Grant said the state of the art facility will be a drawcard for sporting events across the state.

“This is a great boost for the region, especially with the 14 full-time jobs created as a result of the economic activity generated by this project,” Mr Grant said.

Federal Member for Parkes Mark Coulton said the redevelopment included the construction of a 600 seat grandstand with undercover seating.

“The new-look Barden Park also has the capacity to provide overnight accommodation for 35 children and two adult supervisors, which will be available at low cost so families can afford to send their kids to development camps on site,” Mr Coulton said.

Mayor of Dubbo City Council Mathew Dickerson said the project was identified as a priority in the Dubbo 2036 Community Strategic Plan and will be a drawcard for major athletics meets.

“Barden Park will benefit all users including athletic clubs and schools in Dubbo and across the region.  The facility also significantly enhances the potential for Dubbo to host state and national events and with that comes even greater economic benefits for the City,” Cr Dickerson said.