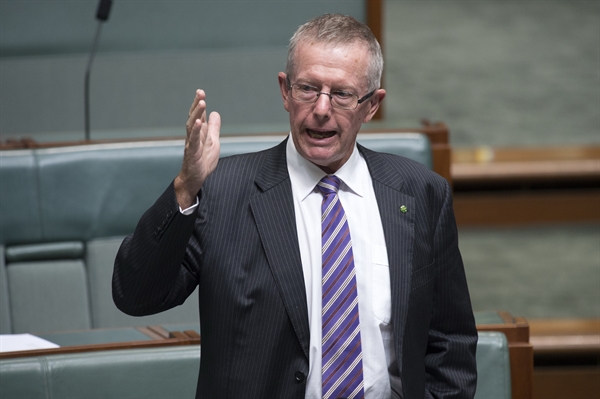 Speaking on the bill in Parliament yesterday, Federal Member for Parkes, Mark Coulton expressed his support for the abolition of the RSRT following its recent pay order which would produce dire consequences for small truck operators right across Australia.

“I am speaking about small business owners who are being discriminated against,” Mr Coulton said.

“We need to make sure the drivers are protected and that we have safe rates, but we do not need to financially ruin individual people who have a dream of being their own boss or move those people across to be drivers for the large freight forwarding logistics companies, where they would be working for a wage. They need to have a fair wage.

“I have no problem with people who choose to work for a large company, no problem at all. But why are we discriminating against people who have a dream of being their own boss?”

Mr Coulton has faced criticism that by supporting the abolition of the RSRT he does not care about the safety of drivers in the trucking industry.

“This is not about safety; this is about anticompetitive behaviour,” Mr Coulton clarified.

“It is un-Australian because one of the great dreams of people is to be their own boss. There are a few ways you can do that and being a truckie is one way.

“But to do that, you have probably got to mortgage your house to get a deposit on the truck, then you have got to find a finance company that will back you and then you have got to get a contract that you can rely on to make your monthly repayments. It is hard work but at least you are your own boss and that is a great aspiration for people to have.

“No one more than me believes in a fair day's work for a fair day's pay or understands the need for road safety.

“It is called safety legislation, but if it were about safety why wouldn't it affect all truck drivers, not just the ones who own and drive their own truck?”