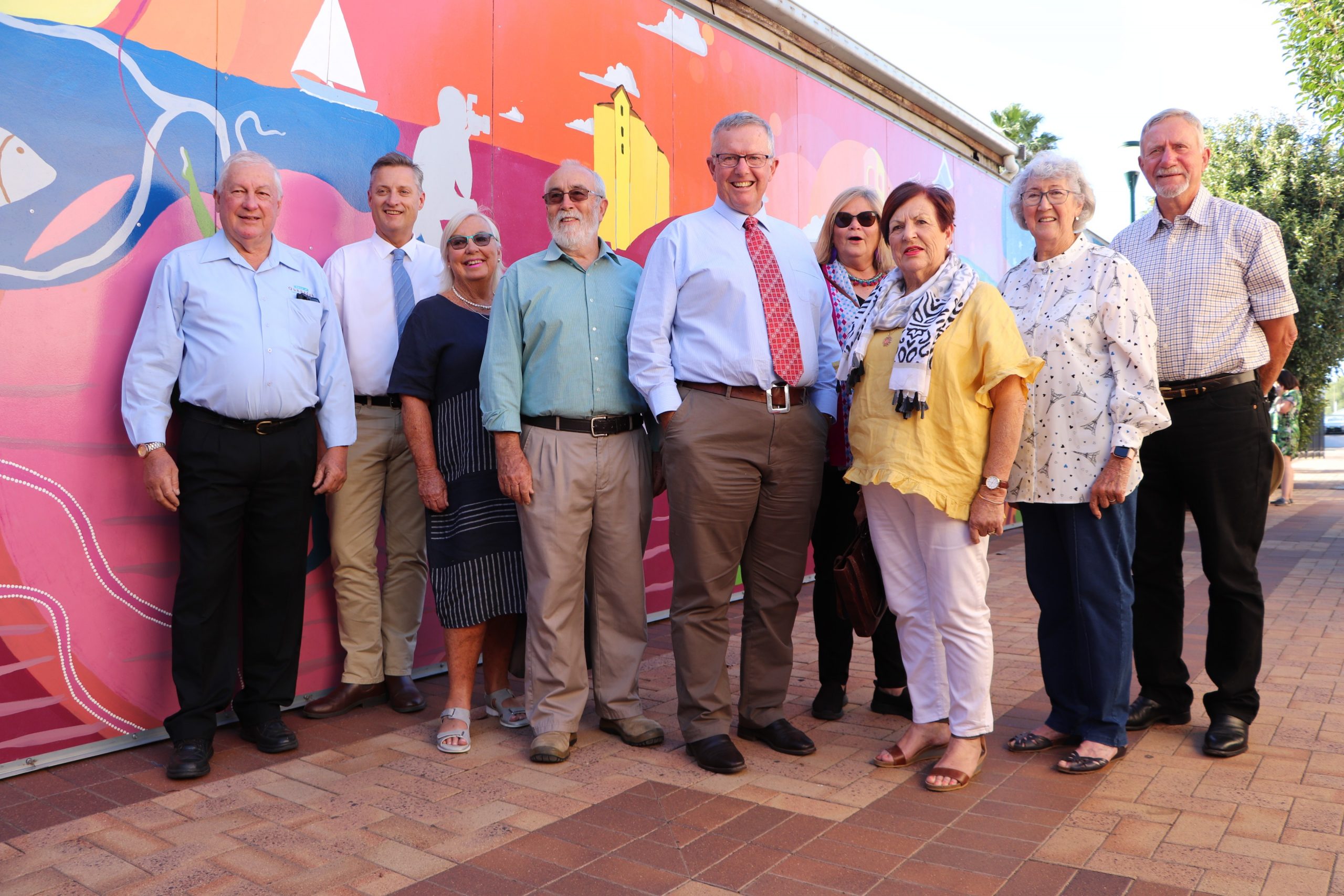 A new colourful mural is helping to brighten Gunnedah’s CBD and build community resilience, thanks to drought funding from the Federal Government.

The mural, installed along the walkway between Conadilly and Little Conadilly streets, reflects the vibrancy of the arts in the Gunnedah shire.

“Last year the Coalition Government committed to delivering an additional $1 million to every council in my electorate, including Gunnedah, under the DCP – Extension, for important local projects to stimulate community spending and support jobs,” Mr Coulton said.

“It’s great to see some of these projects now completed and helping boost community spirit as we come out the other side of a few very difficult years, from drought to the COVID-19 pandemic.

“This mural is a fantastic example of how this funding can make a positive difference to local communities.”

Gunnedah mayor Jamie Chaffey said the project was created through a call by Gunnedah Shire Council for new community resilience projects at the end of 2019, while the region was in the grip of drought.

Arts Gunnedah’s mural submission was one of a number of projects successful in securing funding through the DCP.

“This wonderfully colourful mural really adds to the celebration of culture in our community,” Cr Chaffey said.

“From Dreamtime artwork through to painting and dance, Arts Gunnedah has captured something special in ‘Gunnedah Alive’.

“This is yet another example of how our community and the three levels of government can work together during times of adversity to create something really unique.”

Arts Gunnedah president Susan Wilson said the mural aims to celebrate creativity in the community, with local artists coming together to design it.

“Although the pandemic presented some obstacles to the planning process, 22 of our members collaborated on the final work.

“We were able to put all the funding back into the community by purchasing materials and professional services in Gunnedah, and all our members were compensated for the hours they spent working on the mural – a welcome change for artists.

“We thank the Australian Government for the funding and Mr Mark Coulton, Member for Parkes for taking the time to officially open the mural. Our thanks too to the Gunnedah Shire Council for managing the many projects funded under the Drought Communities Project.

“We look forward to contributing to many more such projects in Gunnedah and the region in the future.”