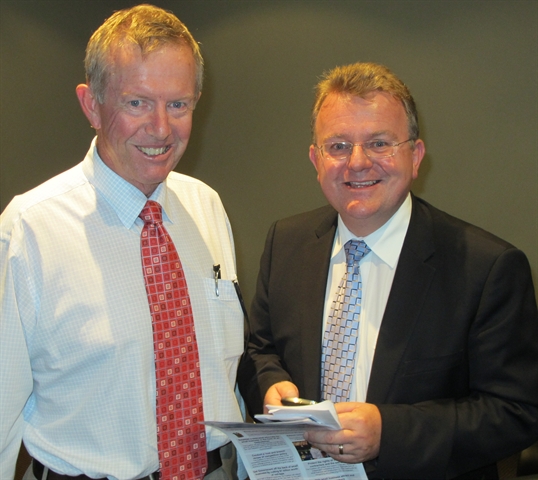 The Abbott Government has moved to help small and medium sized businesses in Western New South Wales to reach their export potential with a $50 million boost to the Export Market Development Grants (EMDG) scheme.

Local Federal MP Mark Coulton said the Government was also seeking to enhance the way the EMDG scheme is administered after it was cut by $25 million a year by the previous Labor government. New legislation has been introduced into the parliament to give effect to the changes which will also make the scheme more accessible to businesses looking to export.

“For example businesses looking to pursue their first export sales will now be eligible for a $5,000 grant, if they spend $15,000 on export promotion, whereas previously they would have received nothing. Previously, they had to spend a minimum of $20,000 to be eligible,” Mr Coulton said.

“Established exporters would also now be eligible for up to eight grants under the program whereas previously the maximum number was seven.

“We want to make Australia one of the best places to start and grow a business and these grants help in that pursuit.”

Mr Coulton said the Government was delivering on its election promises by driving growth and innovation.

“The improvements the Coalition is making will benefit many small business exporters in rural and regional areas,” Mr Coulton said.

“Local businesses, like Aurora Gems at Lightning Ridge, were able to benefit from the scheme with Parkes Electorate businesses receiving a total of $125,080.”

“Export markets are our future and these grants will help small businesses access markets they may not have though possible.”