$26,150 to plant trees in Dubbo in celebration of The Queen’s Platinum Jubilee 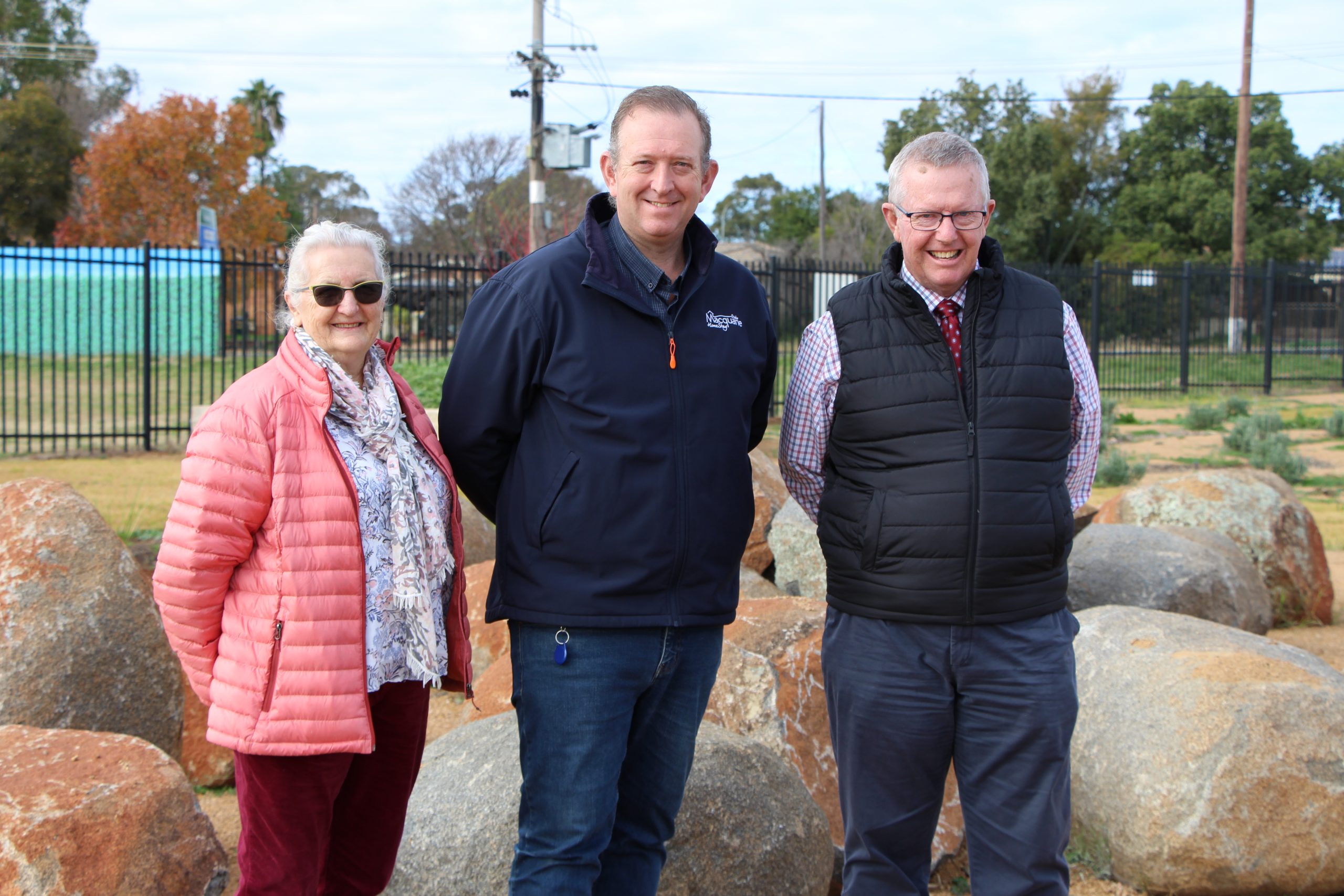 Photo caption: Federal Member for Parkes Mark Coulton (right) today met with Macquarie Home Stay Chair Susie Hill and CEO Rod Crowfoot at the site where more than 100 crepe myrtle trees will be planted along the boundary fence thanks to a $20,000 grant.

Dubbo’s tree canopy will be expanded thanks to more than $26,000 in funding for two local organisations to plant trees in honour of the legacy of Her Majesty, Queen Elizabeth II and her 70 years of service to Australia and the Commonwealth.

Federal Member for Parkes Mark Coulton today announced that Macquarie Home Stay has been awarded $20,000 and Dubbo South Primary School has received a $6,150 grant through the Australian Government’s Planting Trees for the Queen’s Jubilee program.

“Throughout her 70-year reign, The Queen is said to have planted 1500 trees at community events and ceremonies as a long-lasting reminder of the special occasion for the people in those communities,” Mr Coulton said.

“This program is a way of honouring that legacy, while benefitting the environment and increasing the area of tree canopy in our local communities.

“We’ve just witnessed celebrations take place across the UK and the Commonwealth in honour of the Queen’s Platinum Jubilee, and now community groups in the Parkes electorate will be able to play a part in the festivities.

“Macquarie Home Stay will use its funding to plant 113 trees along 450 metres of its boundary line at the Dubbo accommodation facility, beautifying the grounds for patients and the wider community, while creating shade and privacy for guests.

Macquarie Home Stay CEO Rod Crowfoot said guests and volunteers will be involved in the planting of the trees, which will take place throughout late spring and into early autumn next year.

“We’ll be planting advanced crepe myrtles which will provide a big tree canopy and beautiful colours throughout the seasons,” Mr Crowfoot said.

“We’ll also be making a co-contribution and will plant some hedging to create additional privacy and shade and a noise buffer to the road.

“It will look amazing, and will make a really good statement to reflect The Queen’s Jubilee.

“It’s very timely for us – it ties in nicely with other projects we’ve got going on.”

Dubbo South Primary School Deputy Principal Neva Pengilly welcomed the funding which she said will help the school in its recovery from the fire that occurred late last year.

“This is a great opportunity to replace some of the trees that were lost in the fire,” Ms Pengilly said.

“There was also little shade at our evacuation area and it was really hot, so we thought this was also a good opportunity to plant some trees to create more shade for the kids to keep cool during the warmer months.”

Students involved in the I CAN mentoring program will be working on preparing the ground ready for the trees to be planted later this year and will be involved in the on-going maintenance of the trees.

A total of seven projects in the Parkes electorate have received funding to plant trees, with grants ranging from $2,500 to $20,000.