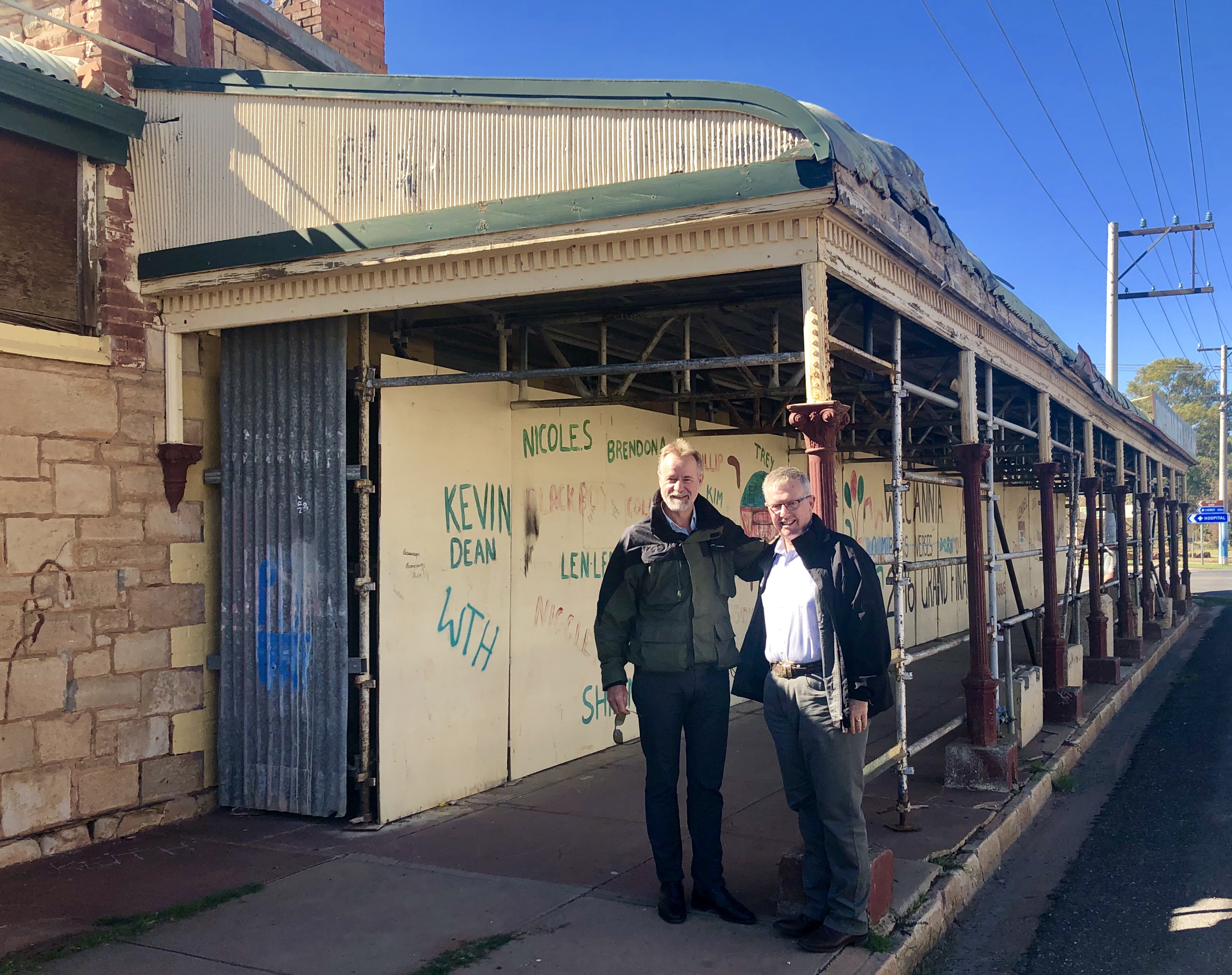 The Federal Liberal and Nationals Government is investing $1.7 million over three years to establish an Indigenous-owned and operated store in the small outback community of Goodooga in northern New South Wales.

Member for Parkes Mark Coulton was pleased to make the announcement today along with Minister for Indigenous Affairs, Nigel Scullion.

“I am very pleased to share the news that $1.7 million is being provided to the North West Lands Corporation (NWLC) for the purpose of a general store in Goodooga,” Mr Coulton said.

“The Goodooga community has a number of large infrastructure projects being completed over the next five years that will increase the town’s population and create local long term employment opportunities.

“A general store will help keep local spend in the town and increase its economic prosperity, which is hugely important for remote towns.

“Having put forward this case to Minister for Indigenous Affairs Nigel Scullion, I am very pleased with the great outcome we have been able to deliver for Goodooga today.”

Minister Scullion said everything the Coalition has delivered since coming to office has been in partnership with Aboriginal and Torres Strait Islander communities.

“For over a decade the community of Goodooga has not had access to fresh food, travelling up to 100 kilometres to the closest grocery store. This investment will ensure food security for families in this community,” Minister Scullion said.

“This project will not only improve food security, it will create jobs and economic independence for the community.”

“This is fantastic news for Goodooga, which has almost $18 million worth of infrastructure work approved and ready to commence,” Cr O’Connor said.

“There has been strong demand from Goodooga residents for food, fuel and general supplies.”

NWLC is established by its membership of 17 Aboriginal Land Councils for the purpose of creating economic development opportunities on locally owned Aboriginal land.

The Commonwealth’s $1.7 million co-contribution is being delivered out of existing funding within the $5.2 billion Indigenous Advancement Strategy, with the total project expected to cost around $2.8 million. Other partners include NSWALC, Outback Stores, Indigenous Land and Sea Corporation, and Regional Enterprise Development Institute Ltd (the Community Development Program provider).